Business Breakfast Meeting of the Aviation Safety Round Table Initiative (ASRTI) may take a rather interesting form this December. Unlike most other quarterly editions which typically featured strictly aviators, this edition will witness a major change.

Being the last Breakfast Business Meeting of the year, the Aviation Round Table is making sure that this edition be the grand close of business for the year, 2019. This also explains why the ART chose to invite veterans from different walks of life to join aviation living veterans in discussing Nigerian Aviation Beyond 2025.

Nigerian aviation is not so young anymore; it has a rich historical background that still puts smiles on our faces whenever we read through it.

Nigerian aviation in recent times, more than ever, needs keen attention of both public and private sectors to enhance its growth and development. We need a new foresight, a long-term strategic plan to savour the current state of the aviation industry.

The nation cannot yet boast of its own national career. Many have advocated the adoption of some local airline as the national carrier to avoid a wasteful new beginning, most likely to hinge on another partnership. President of Aviation Safety Round Table Initiative, and CEO, Sabre Travel Network, West Africa, Dr. Gabriel Olowo, in July lent his voice to the advocacy for local patronage.
National Carrier: Patronise Local Contractors – Olowo

“Arik has enough aircraft and facilities that can be used to set up a new airline. Even if the government wants to set up a national carrier to service just the domestic market, which currently has a lot of gap, it is possible with what Arik currently has.” – Ahmed Kuru

One of the discussants to be gracing ART’s Q4 BBM this December, 2019 is the Chief Executive Officer of the Assets Management Corporation on Nigeria (AMCON), Ahmed Kuru.

Before AMCON, Ahmed Kuru was the Group Managing Director and Chief Executive Officer of the defunct Enterprise Bank Limited. He made his first entry into the banking sector in 1985, working with Platinum Habib Bank (Bank PHB), now Keystone Bank, where he later became an Executive Director.

Sen. Sirika Hadi is the Minister for Aviation of the federation. He was formerly Minister of State for Aviation in Buhari’s first tenure, a former Member House of Representative, and formerly the Senator representing Katsina North Senatorial District under the platform of the defunct CPC in 2011. Sirika held the position of (Vice-Chairman) of the Millennium Development Goals (MDGs) Committee set by the Nigerian Senate. He is an aviator par excellence, a Pilot by profession.

“Mr. Onyema has been CEO and member of the National Council of The Exchange since April 2011. In this role, he is responsible for superintendi​ng the general working of The Exchange. He is Chairman of Central Securities Clearing System Plc (CSCS), the clearing, settlement and depository for the Nigerian capital market; Chairman of NG Clearing, which is in the process of developing a CCP; and Chairman of the subsidiaries of The Exchange.

Mr. Onyema was the President of African Securities Exchanges Association (ASEA) until November 2018. He has served as a Council member of Chartered Institute of Stockbrokers (CIS); Global Agenda Council member of World Economic Forum (WEF); board member of FMDQ OTC PLC and National Pension Commission of Nigeria (PENCOM). Prior to relocating to Nigeria, he served as Senior Vice President and Chief Administrative Officer at American Stock Exchange (Amex). He also ran the NYSE Amex equity business after the merger of NYSE Euronext and Amex in 2008. 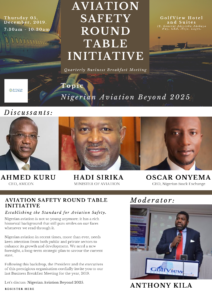